This site uses cookies to improve your browsing experience and perform analytics and research. To change your preferences, see our Cookies & Tracking Notice. Otherwise, clicking "Accept all Cookies" indicates you agree to the use of cookies on your device.

Technology has always been a big part of the financial sector, but when can we start using the term FinTech?

FinTech is to some people a brand new term that recently emerged. Still, little do they know Finances and Technology have been intertwined for a long time.

The start of FinTech dates back to 1866 when the first transatlantic cable was successfully laid, providing fundamental infrastructure for the period of intense financial globalization from 1866 to 1913. 1918 brings us Fedwire, the first electronic fund transfer system operating with the help of telegraph and Morse code. Later on, in the ’50s the public is introduced with credit cards, thanks to Diners club and later American Express. This era between 1866 and 1967 is called FinTech 1.0, where although being strongly connected with technology, the financial services remained mostly analogue. 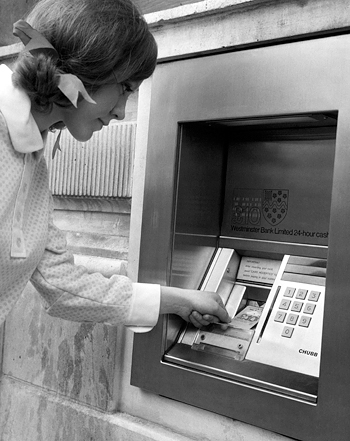 The switch from analogue to digital brings us the first ATM machine by Barclays in 1967 which marks the beginning of the modern FinTech. This period is called FinTech 2.0 The digitization of finances increased due to the development of digital technology for communications and transactions. World’s first digital stock exchange and SWIFT are established, marking the beginning of financial markets and communication protocols being used today. The ever-faster development of computers and the Internet brings us online banking. Internal processes and communication with customers become fully digitized and there is a visible shift in how people interact with financial institutions. Global Financial Crisis in 2008 marks the end of this era.

In 2008 we entered FinTech 3.0, a period we are currently in. Due to the financial crisis, people start distrusting traditional banking services and fresh players start emerging. New start-ups began popping up and already known and established technology companies began delivering financial products and services to businesses, banks and people. 2009 the world is introduced to Bitcoin followed by other different cryptocurrencies. Computers are now commonly used but lately, smartphones have become the primary means by which people access the web and therefore different financial services. This is increased even higher with the introduction of Google wallet and later Apple pay.

Some parts of the world, such as Asia and Africa, have entered the FinTech 3.5 era due to developments in the FinTech industry that recently took place mainly because of deliberate government policy decisions in economic development.

What will the future bring? We think the best is yet to come.

The FinTech statistics we choose to present might change your mind on how important this industry is and what the future might bring.

FinTech, an abbreviation for Financial Technology, is a term that describes innovation in the areas of finance and technology.

How did Finances and Technology Evolve into what is Today Known as FinTech?
Share this